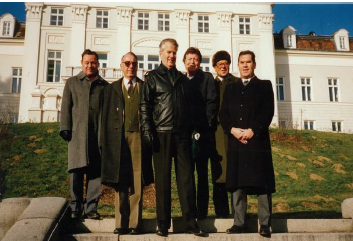 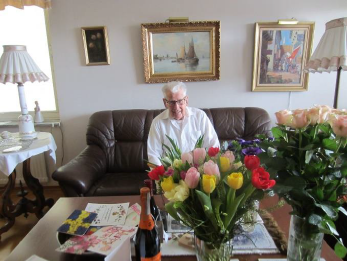 My warmest congratulations on the 70th anniversary of the IPA!

The first time I heard about the IPA was from a college, when I worked as a police officer in Gothenburg. I was persuaded to take part, and became a member in 1966. I have now been a member for 54 years.

Having been a fairly passive member at first, after having visited a regional meeting one evening, I found myself elected on their committee, and this was how my engagement in IPA work started.
I found out that the Swedish Section had decided to organise an international meeting, the IEC conference in 1977. As the responsibility to arrange this conference was given to the IPA Region in Gothenburg, I became more and more involved, and suddenly found myself elected National President and responsible for the whole IEC meeting. We were extremely pleased when the Swedish King Carl XVI Gustaf accepted to come to Gothenburg and open the meeting. and also participated in the lunch with the IEC members following the opening ceremony. Police officers from about 30 sections were able to talk and spend time with the King of Sweden.

In 1982, I was elected as Vice President of the Permanent Executive Bureau (PEB), and in 1988, at the World Congress in Rotterdam, I was elected as International President. During this congress, we were once more honoured with the presence of royalty, as Queen Beatrix of the Netherlands took part in the closing of the congress.

During my time on the international board, the IPA was faced with the loss of our UN status, unfairly in my opinion, which was due to the political situation in South Africa and the fact that we had South African members. This presented an enormous loss of prestige for the IPA. 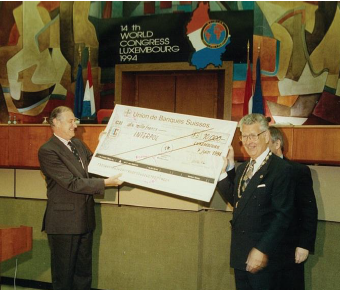 Thanks to the good work of our representative at the UN in Geneva, Michel Joye, and our representative in Vienna, Alfred Bauer, we succeeded in obtaining a very good informal contact with the UN, and the IPA was able to make our opinion clear. In New York, our representative Bill Rochford, equally made sure that that IPA was not forgotten.

In 1995, I had the privilege to be present at the UN, together with our Secretary General Alan Carter and Bill Rochford, when the ambassadors responsible for Non-Governmental Organisations voted unanimously in favour of our application for renewed membership.

During my time as International President, the borders in Eastern Europe opened, enabling people to travel again, similar to the situation we had when the IPA was born in 1950. We saw an increased interest in our association, and our Secretary General Theo Leenders and I visited many of the countries to explain what the IPA is about. Our number of member sections during this period increased.

Unfortunately, we now face a situation where interest in idealistic organisations in general is decreasing. It has become easy to find cheap travel options, and this problem does not only affect the IPA, but most idealistic organisations. With the Coronavirus situation, we once again face closed borders and are isolated in our homes. Perhaps we can turn this situation into something positive, when once again the borders open and we are able to meet each other.

I wish our association all the best for the future. The IPA has been part of my life for so long, and I really wish that we will be able see a positive development. Perhaps we need to find new activities, and perhaps we have to let Gimborn play a larger and more active part. I am convinced that the current IEB will be able to find new avenues to explore and allow our association to flourish and grow. 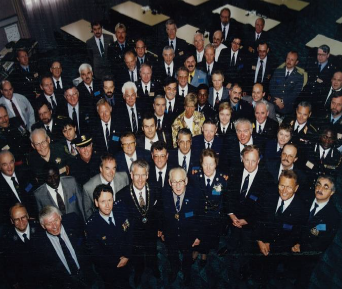 My sincere good wishes to you all for the years to come.