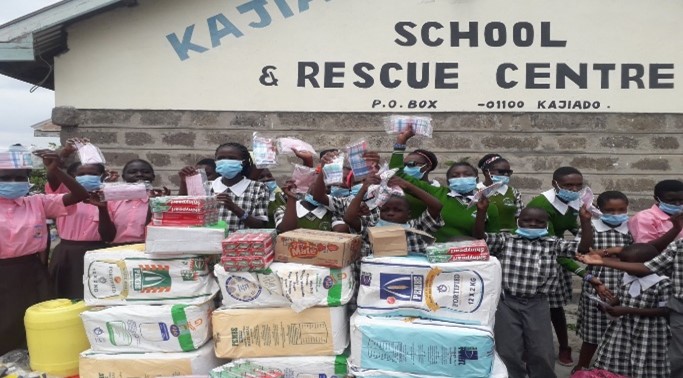 The 12th of December 2020 is a date that will go down in the memory of IPA Kenya for very good reasons: On this day, five members of Section Kenya made it to the coveted list of Presidential Honours and Awards nominees, among other Kenyans who had exhibited outstanding and excellent performance in various specialties. Apparently, the many charitable activities that IPA members were involved in, especially during the difficult period of the Covid pandemic, had caught the attention of not only the beneficiaries, but also the general public, who viewed the acts of charity as deserving of Honours and Awards.

During the Jamhuri (Independence) Day celebrations, the relevant IPA members were pleasantly surprised to have made it to the final list following a thorough selection process, and were subsequently conferred with the various awards: Order of the Elder of the Burning Spear (E.B.S), Head of State’s Commendation (H.S.C) and the Certificate of Recognition of County Heroes and Heroines Award. The conferment was done by H.E Hon. Uhuru Kenyatta, C.G.H, President of the Republic of Kenya and Commander in Chief of the Kenya Defence Forces. This was in recognition of exceptional performance in their individual capacities which contributed positively towards the welfare of the Kenyan society. The awards were a consequence of the individuals’ dedicated and selfless services to the country during the difficult period occasioned by the Covid-19 pandemic.

Mr. Malkit Singh Main was recognised for his remarkable fundraising ability. Mr. Malkit, who is the IPA Kenya Resource Mobilizer, has over the years developed an excellent relationship with many corporations, and through his efforts, Section Kenya has successfully undertaken huge projects through partnerships with other stakeholders. 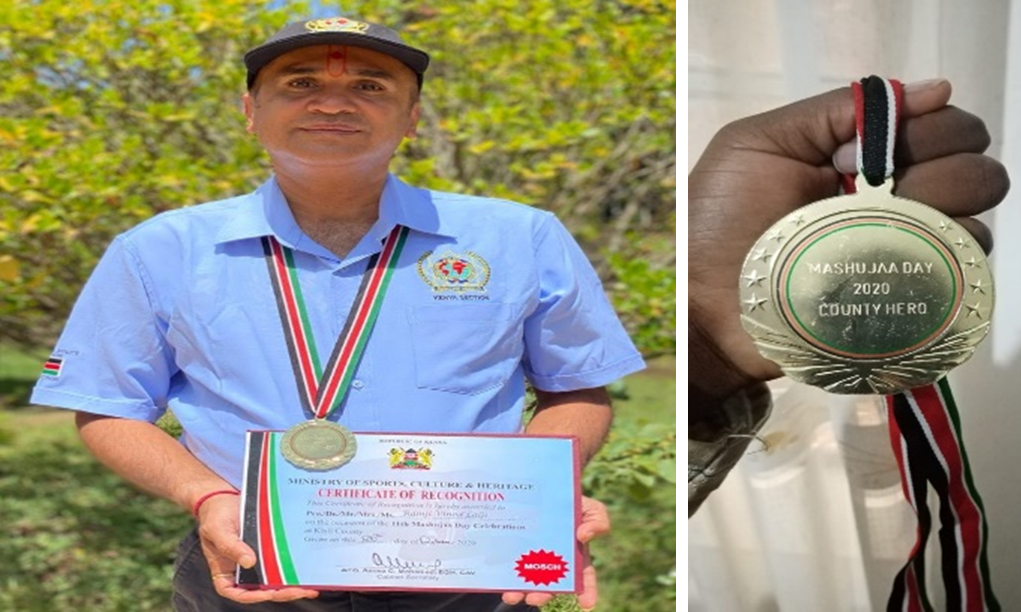 Mr. Vinod Ramji is the IPA Kenya philanthropist. Through his company, Mafuko Industries, Vinod has made material donations to every activity where IPA Kenya is participating. His efforts have particularly been visible in Meru Region where he, and a team of IPA members from the Region, have organised a weekly feeding programme for vulnerable persons living within the locality.

Mr. Behlul was recognised for mobilising resources for security forces maintaining law and order along Kenya’s Coastal Region. Through his efforts, officers on duty were supplied with Personal Protective Equipment (PPE), ready meals and other essentials. He has also been instrumental in providing the locals with food and toiletries.

Mr. Dhiraj Dodhia was recognised for his commitment to support the feeding programme in children’s homes. He has dedicated himself to ensuring that they had adequate food supplies during the pandemic.

Mr. Jared Ojuok was recognised for exceptional leadership skills, through which IPA Kenya has grown in leaps and bounds, gaining visibility both at a national and international level. During this period, IPA Kenya has engaged in various activities that have helped to develop and sustain a better relationship between the police and the public, wider acceptance and improved legitimacy ratings.

Previously, IPA Kenya’s President, Mr. Alfred Osur, was conferred with the Award of the Order of the Moran of the Burning Spear (M.B.S) for brilliant leadership skills in the country, which saw him rise to the level of Director of Operations in the then Kenya Police Force. In addition, the former IPA National Treasurer of Section Kenya, Mr. John Mwinzi, was conferred with the Order of the Grand Warrior of Kenya, for his excellent service to the nation as Commandant to the K-9 Unit (OGW). 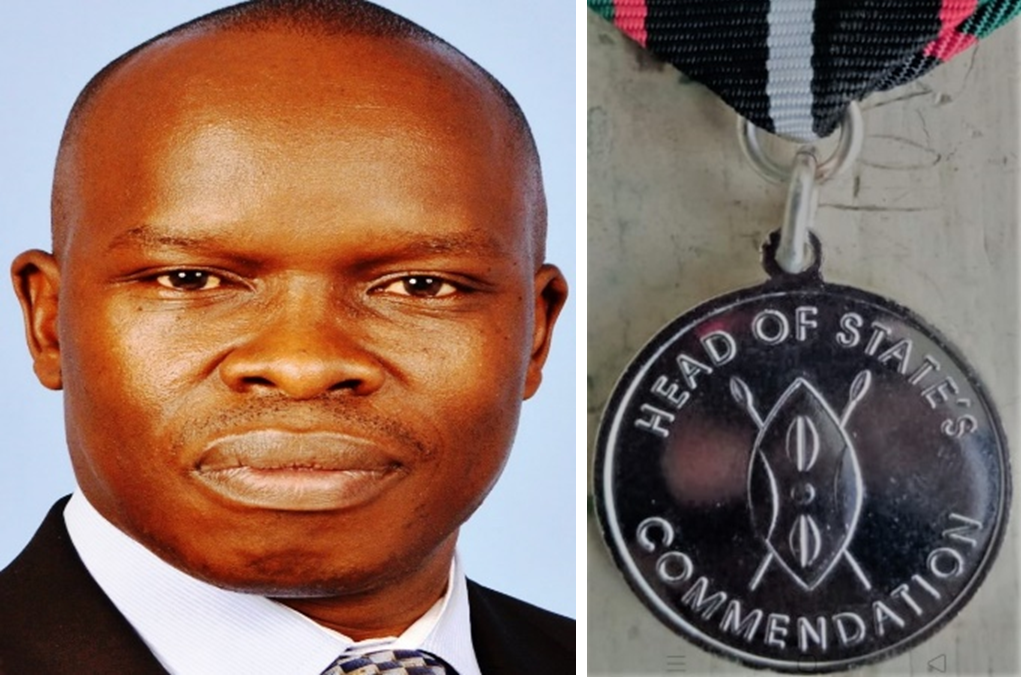 Among the notable activities which are readily recognisable are included: food donations to 25,000 families distributed over a period of 9 months, donation of stationery and personal hygiene items to two schools valued at USD 7,000, donations of equipment, food and clothing items valued at USD 10,000 to four children’s homes, and donations of PPE to frontline workers, including to the National Police Service valued at USD 200,000.

The IPA Kenya environmental protection programmes were also highly recommended by all stakeholders. So far, Section Kenya has successfully organised and realised the planting of 3,500,000 seedlings nationwide in partnership with the Kenya Forestry Research Institute (KEFRI), County Governments, Corporations and individual citizens. The project ‘My Tree, My Peace, My Future’ is now a household name among many Kenyans.