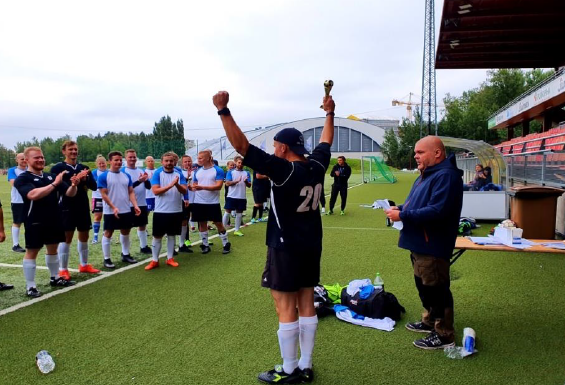 The 70th anniversary of the IPA has been as exceptional for Section Finland as in all other countries and regions. Although Section Finland did not organise a special anniversary event, it had some memorable moments during the year, especially around outdoor sport events.

Throughout its history, IPA Finland has been active in organising sport events for its members. This year, as in many previous years, Section Finland built its own team for a national cycling campaign Kilometre Race. With 76 team members, IPA Finland formed the biggest police team in the campaign. During the pandemic, cycling turned out to be one of the most popular ways to do sports in Finland, with over 3000 registered teams and over 30 million km cycled inside the campaign alone.

Another example of IPA Finland’s sporty year was the first ever football tournament organised between the subdivisions of IPA Finland. Four teams gathered in the capital region for the tournament with great IPA spirit and fair play, as can be noticed from the picture. ☺

Alongside sports, Section Finland contributed to the educational side of the IPA by hosting and lecturing a webinar on ‘Combatting Terrorism and Violent Extremism’. In collaboration with Gimborn and IPA UK, the webinar consisted of 6 interesting lectures on terrorism, with two lectures by experts from Finnish police forces.

On Tuesday 17th November 2020, Section Finland made history by hosting the annual meeting virtually for the first time ever. The meeting was well run by our national President Jari Kinnunen, with over 50 members participating in the meeting from sub-divisions from all over Finland with their laptops and phones.

Despite the exceptional and in many ways dark times, IPA Finland believes strongly in the future with emerging young and active IPA members and culturally diverse and rich upcoming events with IPA friends.

We wish you and the whole IPA community Merry Christmas and brightness for the year 2021!