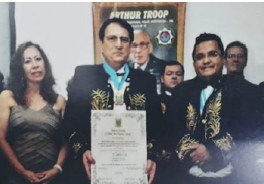 The Brazilian Section of the IPA celebrated the 70th anniversary of the International Police Association – IPA, in a national online meeting with its members.

he National President, Dr Joel Zarpellon Mazo, after talking about the history of IPA and the „status quo“, then gave his congratulatory message:

“On the first day of 1950, the largest police association in the world, the International Police Association – IPA, was born. The beauty of this birth was its reason for living, its motto: “Servo per Amikeco” (Service through Friendship). Friendship, true friendship, is one of the purest feelings of human beings, it generates harmony, fraternal union, peace and solidarity. It is a feeling that encourages individual cooperation between peers around the world. This year, our beloved IPA completed its 70 years of work, with ups and downs, but with many achievements. Thanks to each of its members who are part of a history that, today, gains another chapter of emotion, hard work, effort, commitment and companionship. Being part of this association is like having another family, which is why we care about it, take care of it, and why we want to see it get better and better. In fact, on this day, all of us should be congratulated, and we only have to celebrate, no matter the mishaps that arose in front of us, for it is certain that the work will continue, and next year we will have even more reasons to celebrate.” 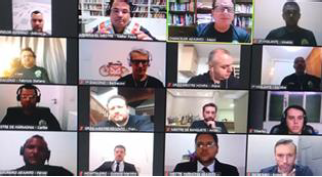 At the time of the IPA’s 70th anniversary celebration, the story of the founder, Arthur Troop (1915-2000) was recalled.

In Brazil, Arthur Troop is immortalised by chair number 20, which bears his name, and which was inaugurated in a special ceremony of the Brazilian Academy of Science, Arts, History and Literature – Abrasci, in a solemn act, on 12 December 2015.